Ophelia Cache is the new sensation in New York since she performed “Cracks” on indie Artist show Live at Dojo. Her acoustic performance one of the main attractions at the show and now she is back with her new track “Thirsty”. 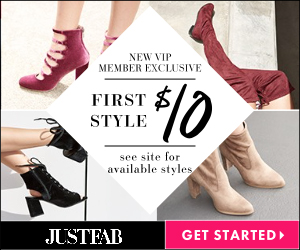 Being a well-trained clarinetist, percussionist, and pianist, Gabrielle Miller (Ophelia Cache) is an independent indie-pop artist. Although she can play some amazing instruments, her voice is the most dangerous instrument which lures the audience. She knows how to deliver classic emotions perfectly when using striking modern instrumentations to make her songs sound contemporary and attractive. She loves hip-hop, jazz, and all things soul, but her personal interest is in singing classical emotions with modern music.

The audience admires Ophelia as a seductive lounge singer and she is offering a new song Heaven to entertain her audience. Currently based in NYC, she has worked on some very entertaining and seductive songs.

What makes Ophelia’s music so attractive?

Ophelia’s music has been full of ethereal soundscapes. The audience loves to enjoy punchy grooves, heavy beats, and echoing music. Many artists have become legends after featuring such music and that’s what she is doing now. She has appeared on TV shows and shared her talent. Her music appeared like a convincing blend of current hip-hop music and vintage-style blues. Ophelia’s thoughtful twist makes it more appealing and enjoyable for the audience.

Ophelia is quite skilled when it comes to emotionally attracting the audience. She specializes in putting all of her energy into her performance and using the music perfectly to improving the overall appeal of her songs. She knows what the audience expects and she uses all of her skills to bring out the best. She serves the audience with the music they want to listen when playing her songs. It is obvious that Ophelia is going to lure more people towards her charming music.

Who Ophelia Cache is?

As mentioned earlier, Ophelia Cache is a classically trained pianist and clarinetist. She did not stop there because her goal is to become one of the leading pop stars. She is originally from Denver, Colorado and she got popularity after her frequent appearances in New York City events. She perfectly used her opportunities to showcase her charming and seductive voice to the audience. Ophelia has always believed that her voice is the most powerful instrument she owns and her craze in the audience proves that.

If you pay attention to Ophelia’s music style, it seems inherited from R&B/ Hip-Hop genre. Her beautiful acoustic track Cracks has thrilled the audience. It presented a perfect spin on blues music to endorse sadness of lost love and at the same time an inspiration to get back in life and live it with sweet memories.

Ophelia’s music is available on major platforms such as YouTube, Spotify, and Soundcloud. The leading music providers such as Amazon.com and iTunes are also featuring Ophelia’s music. Ophelia is not here to satisfy with the success she has earned. She will reach many new platforms to entertain a much larger number of audiences.

Ophelia Cache has been active since 2012 as an indie-pop artist. Her first album was All Things Blue, which was released in 2012. This album offered a great boost to her career as a singer. All the songs of this album were pretty unique in terms of music and her performance was awesome. After that Ophelia had drawn many music lovers towards her songs. Leaving London and Beverly Hills were released in 2014 and then Vaccine and Sober in 2015.

Ophelia knew what people were looking for in new kind of music and she served them with songs which were unique and pretty entertaining. The recent few years have also been pretty great for NYC based artist. Now here song “Money” is totally different from what people listen nowadays. Her seductive voice and portrayal of that song are pretty unique. This particular song has got numerous views on different platforms.

The video might seem a bit terrifying to those because Ophelia is looking to rejuvenate her partner in the video. The overall portrayal of the song is quite unique and it seems out of this world when coupled with that amazing music. That’s how Ophelia grabs the audience by using her unique talent.

She has appeared in many events time-and-again. Being an active performer, she has always shared the stage with other indie-pop artists in major events in NYC and other cities. The audience loves to see her classical vibe coupled with contemporary music. Her appearance on Dojo offered a major boost to her career and after that Ophelia sang in many popular events. Her songs are quite popular and that’s why many organizers contact her for live performances and other projects.

It is not just her voice and singing skills which attract the audience, Ophelia also pays a lot of attention to how she looks in her music videos. She is one of those artists who appear like a complete package when singing on stage and also in videos. Her physical charm catches many eyes when she is performing. Not all the artists get that vibe, but she has gotten it naturally. That’s why most of her songs have got numerous positive remarks from the listeners on different platforms.

Just like other modern-age singers, Ophelia is also an active social media personality. She is on Facebook, Instagram, and other popular social networking platforms. She uses these platforms to inform her fans about her upcoming songs. Heaven presents her in a totally new look. She has shared many pictures on her social IDs to reveal how she had transformed her look to make that video look more entertaining and exciting.

Ophelia Cache is an emerging indie-pop artist. She has already proven her talent through her songs. Her latest song is already performing well on various musical platforms. You can soon see her performing that amazing song live. She is expecting a great response for Heaven and other upcoming songs. It is unique and pretty impressive, so Ophelia will certainly gain a great response from her fans.